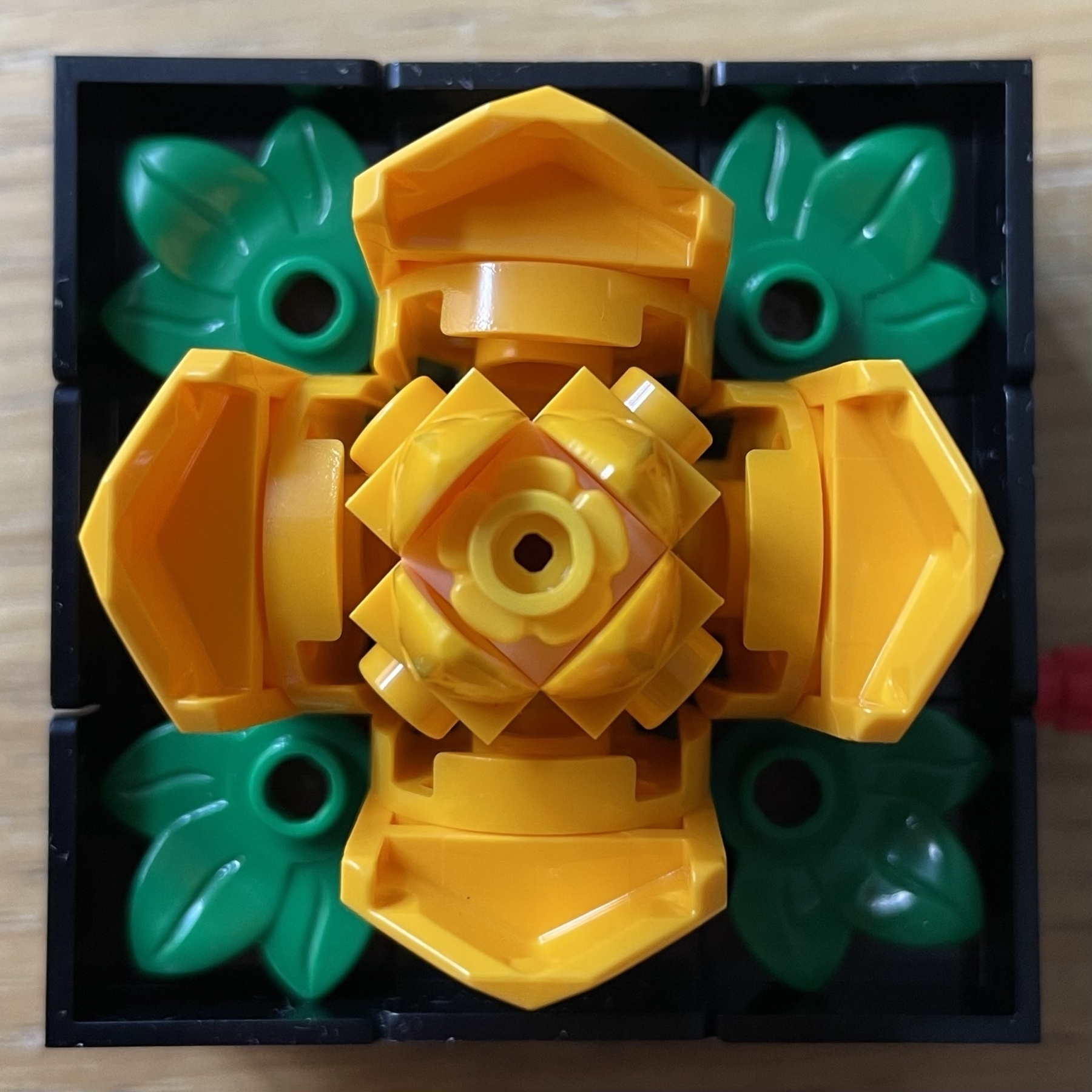 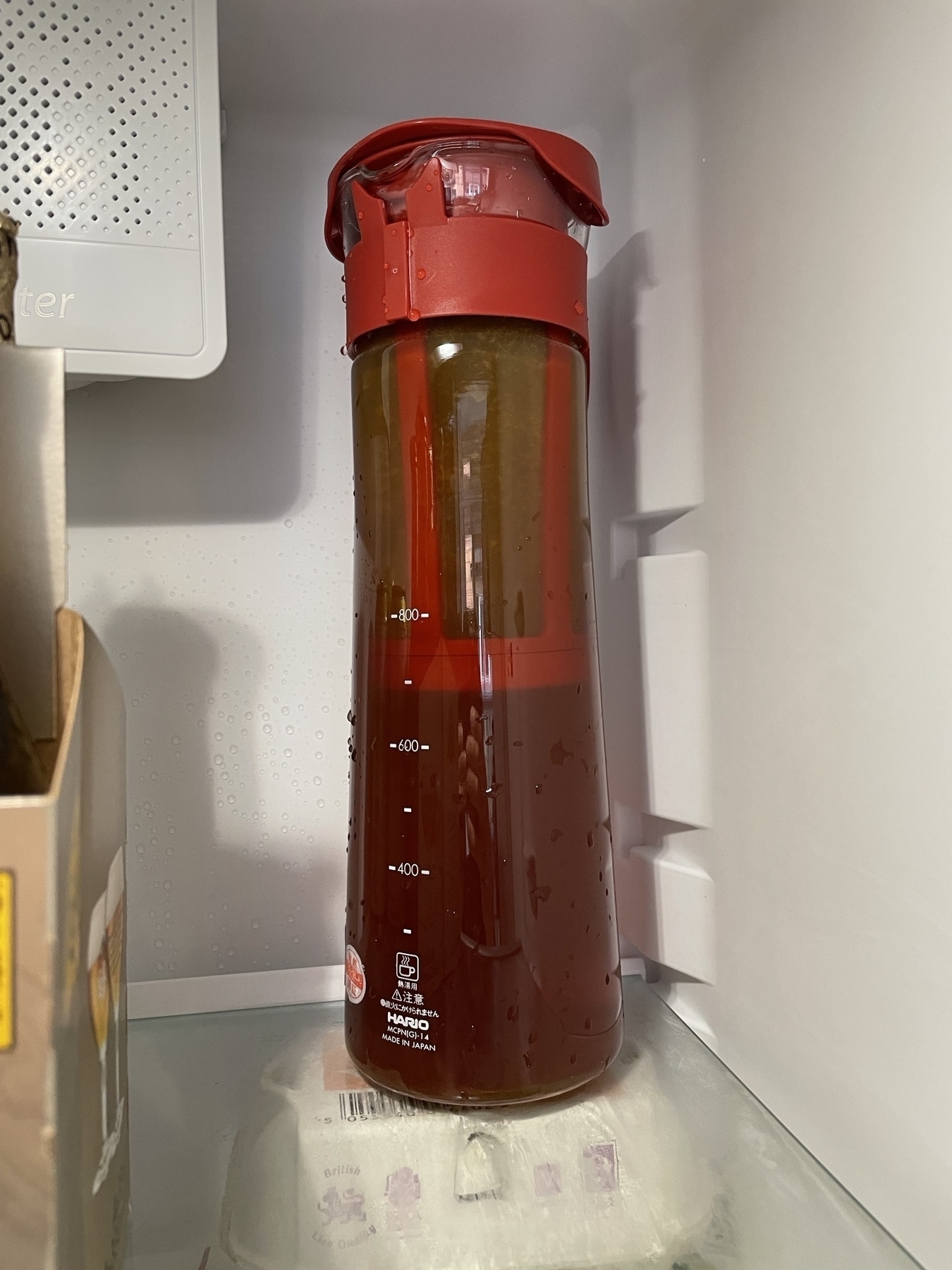 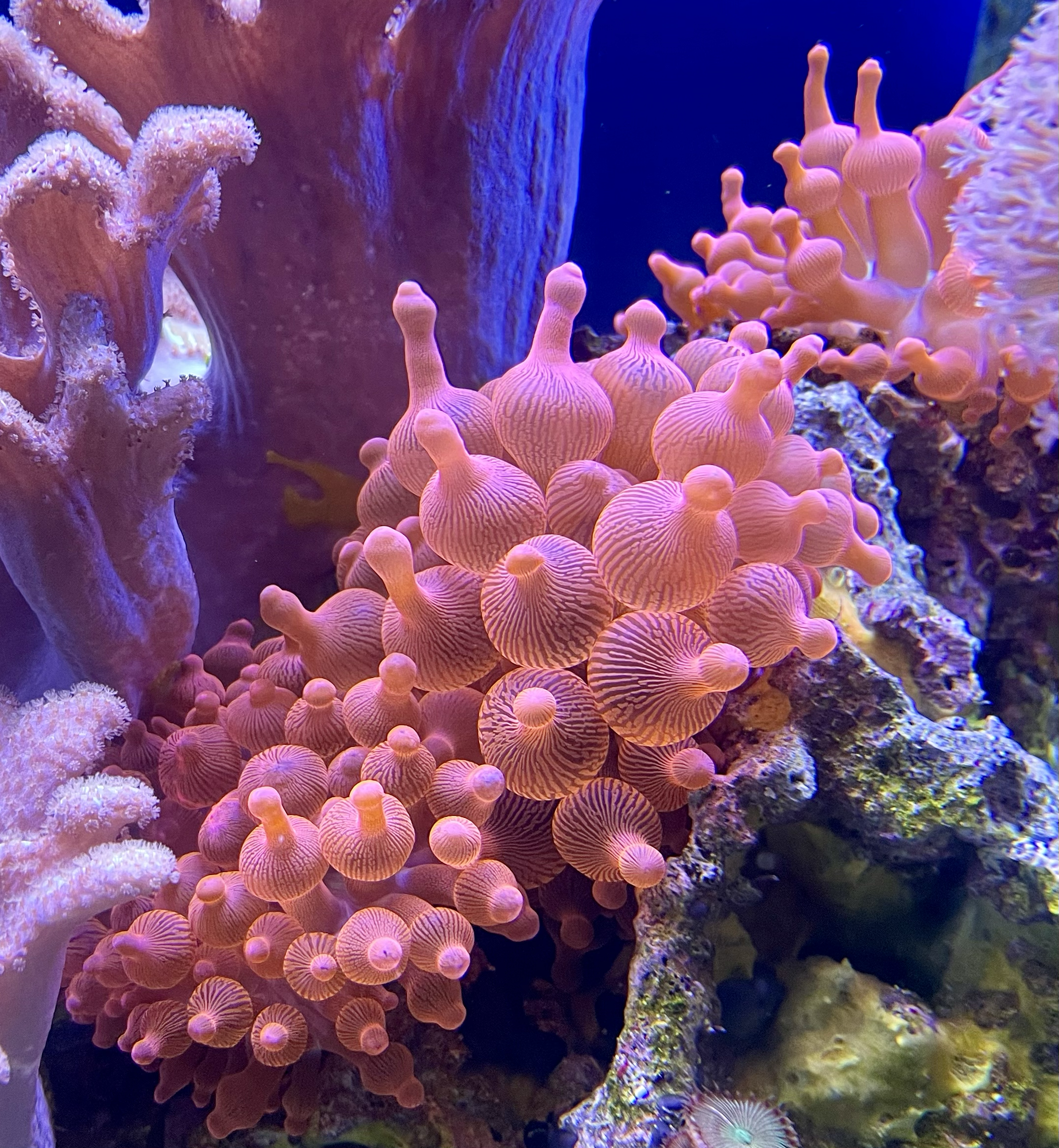 New window shown on running Xcode 14 for the first time… 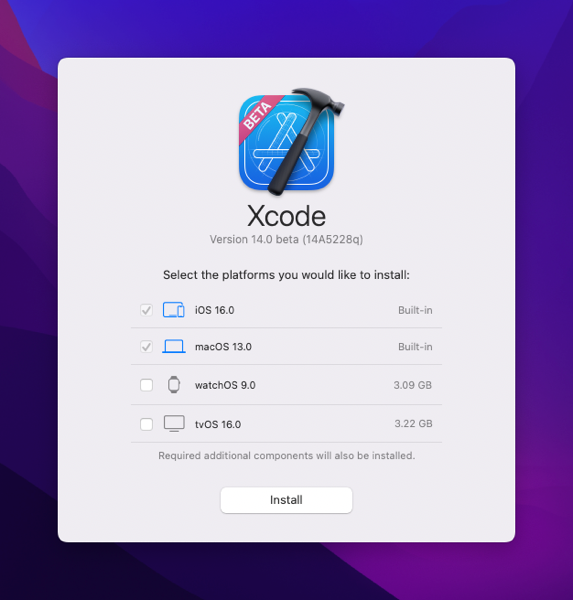 …but no ViM mark support which I would love for quickly jumping around a file. 😞

My kids started watching people playing Mario Wii games on YouTube for some reason I’m not able to fathom. So I’ve dug my wife’s old Wii out of the loft, ordered a couple of games from eBay and hooked it up to a 720p TV in the playroom. My son in particular is now hooked. I don’t think he’s touched the Xbox since he started playing New Super Mario Bros.

Finished reading: The Sailor Who Fell From Grace With The Sea by Yukio Mishima 📚

On the way to school my daughter insisted that she’d brushed her teeth this morning. When I got back home there was obvious evidence she hadn’t. 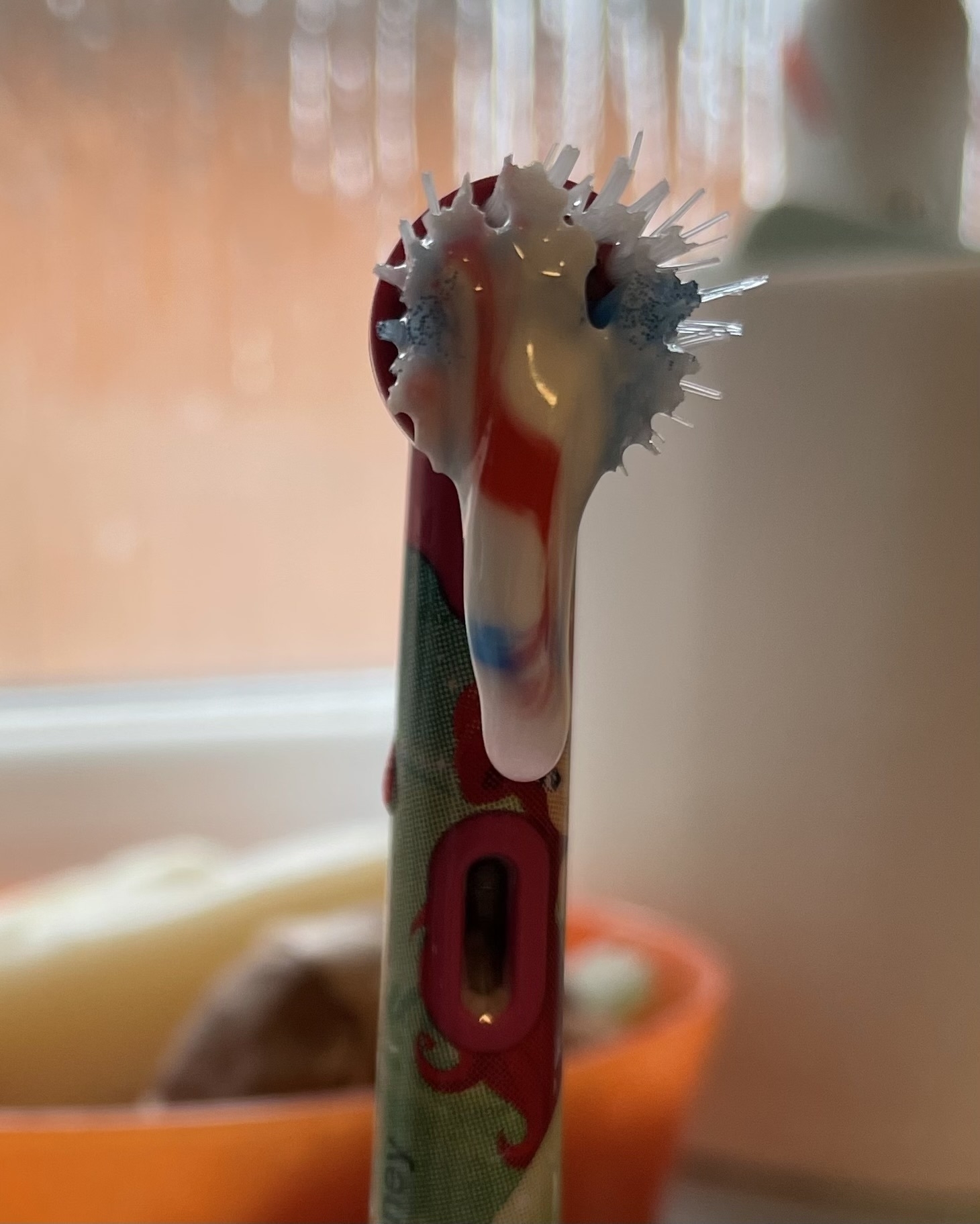 MusicBox is an app I’ve been waiting for for a long time. It is a “listen later” app for your music - assuming you use Apple Music or Spotify. I’ve cooked up all manner of solutions to this in the past, from using Reminders, my own task management app beorg to a cludge involving Data Jar and Shortcuts. I even contemplated writing something similar to this, but like so many of my project ideas I never got around to it.

I’m very happy to see this. I read Gramophone and BBC Music magazine most months and combined with the “New Albums” section in the classical category on Apple Music I see a lot of albums I want to listen to. MusicBox meets all of my requirements - including adding tags and writing notes. There are a few interactions in the app which could be improved, but for a 1.0 it is a fantastic app. If you like music and find yourself overwhelmed by managing your listening do take a look. I paid £2.49 for an app which works both on iOS and macOS - no subscription, IAPs, a definite bargain! I’ve recently fallen down a rabbit hole into a land of email clients. Two requirements I have are:

A few weeks ago one of my email accounts was down and Spark kept taking focus every few minutes with an error dialog to tell me there was a problem - not a boon for productivity at the time.

I gave Mailbutler a try, however after a few days it started hanging Mail.app on launch (it’s a plugin to the default macOS mail client) - potentially the flaky email server, but not something I was willing to work through given the monthly cost ($9.95/month if you don’t want a watermark added to your messages.) To be fair they did email back a few days after I cancelled my subscription saying they had a potential fix, but by that time I had moved on.

I decided to give Spark another go as the email server that was causing issues seemed to have been resolved. However, I then had an issue when send later caused the app to repeatedly crash after 30 seconds of launch until I deleted the offending message. It was a short message with a small (<100KB) PDF file.

Next I looked at the mail clients offered as part of my Setapp subscription - Canary Mail and Newton. It turned out Canary Mail doesn’t support send later, and the Newton UI just didn’t work for me.

Then came Airmail. Despite lots of people saying how much they like the UI, I’m not that keen. However, the main issue was trying send later and the message just disappeared - no idea if it will send when I scheduled it!

Finally I gave Postbox a try without having read through it’s feature set. It turns out it doesn’t support send later or snoozing emails. So despite its nice colourful UI, it was a definite non-starter.

So I’m back to Spark. It is free if you aren’t using teams features, is frequently updated, and has an impressive feature list with a pleasing UI. As a software developer myself, I know how impossible it is to write bug-free software. Having surveyed most of the other macOS mail clients, I’m thinking Spark is likely to remain my best option unless something completely new comes along.

I&rsquo;ve transitioned recently from Alfred to Raycast. I have created a few scripts, one of which adds a new task to m...

My attempt at leveraging habit stacking is working well so far. Now into my third week of preceding my afternoon coffee with a 10 minute session of Apple Fitness+ yoga.

My little girl has a poorly eye this morning so we’ve changed our bank holiday plans to playing this: 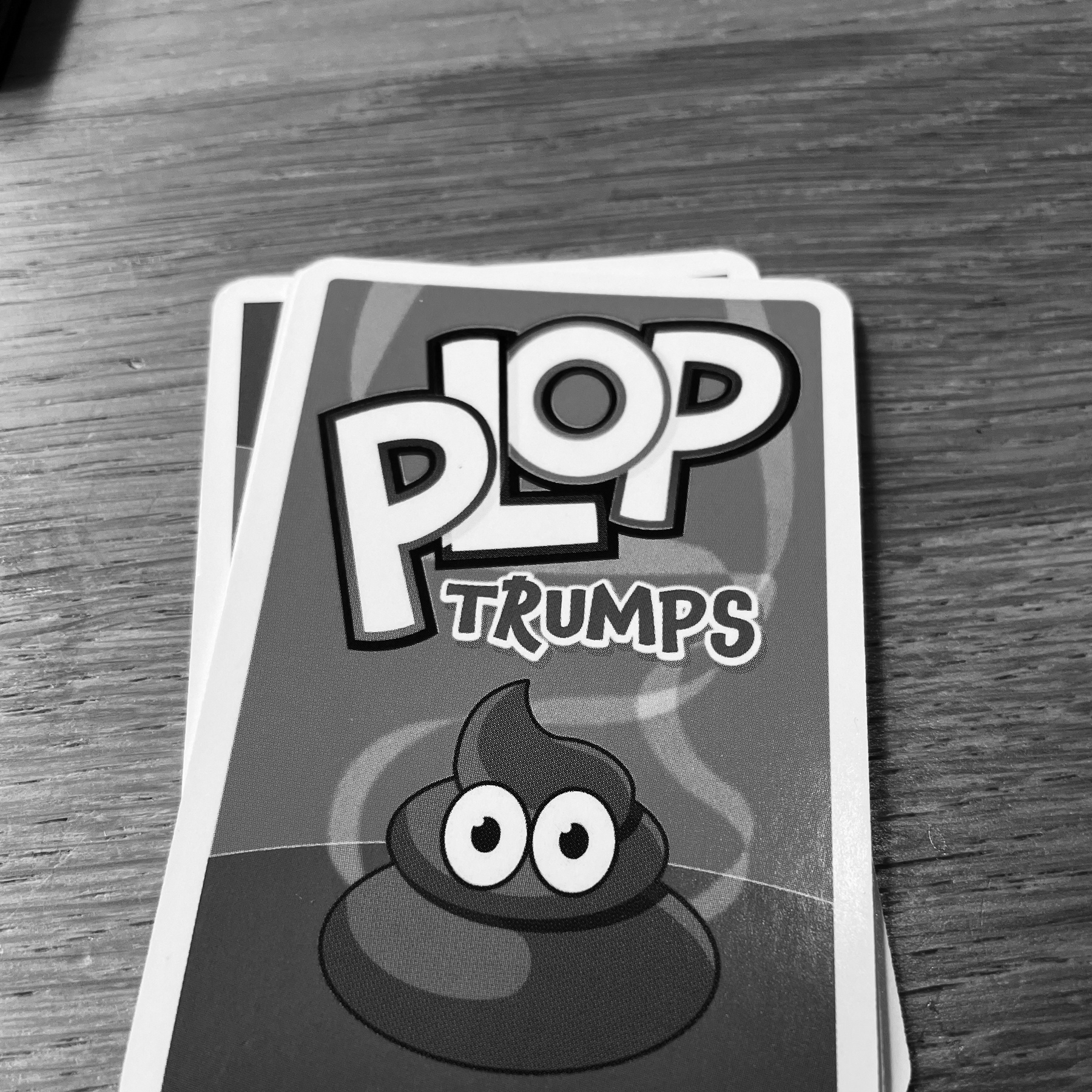 Introducing my son to home computers of the 1980s with a Top Trump style game. Spring has arrived (on my desk) 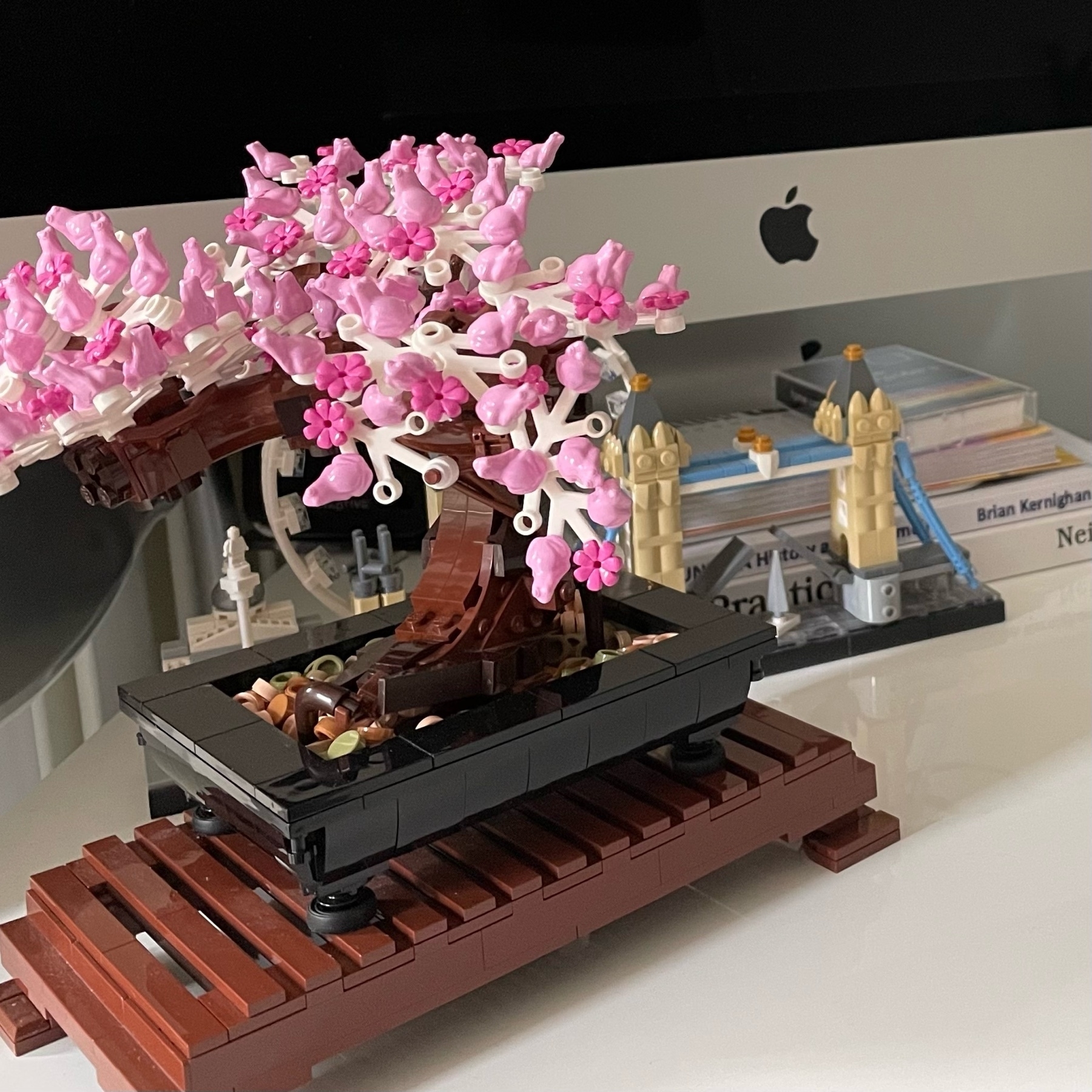 Since getting a 14” MacBook Pro last week I’ve been enjoying some minor updates to my workflow:

(I’ve had to rethink using the USB-C hub I’d bought a while back to connect a HDMI monitor to my iMac - it seems to kill the Wi-Fi on the MacBook Pro.)

I had no idea there was an iOS accessibility setting for those of us who are colour blind. Thanks to the help in Tot for calling this out!

On the way home from visiting my Mum and the children were playing some noisy game in the back. Glenn Gould came on the radio playing the first Goldberg Variation. Silence - at least for the first minute anyway. Music to make you stop and listen, even if you are 4 or 7.

A couple of new adornments to my desk for 2022. A Lego bonsai tree (Christmas present), and a monitor in portrait orientation. 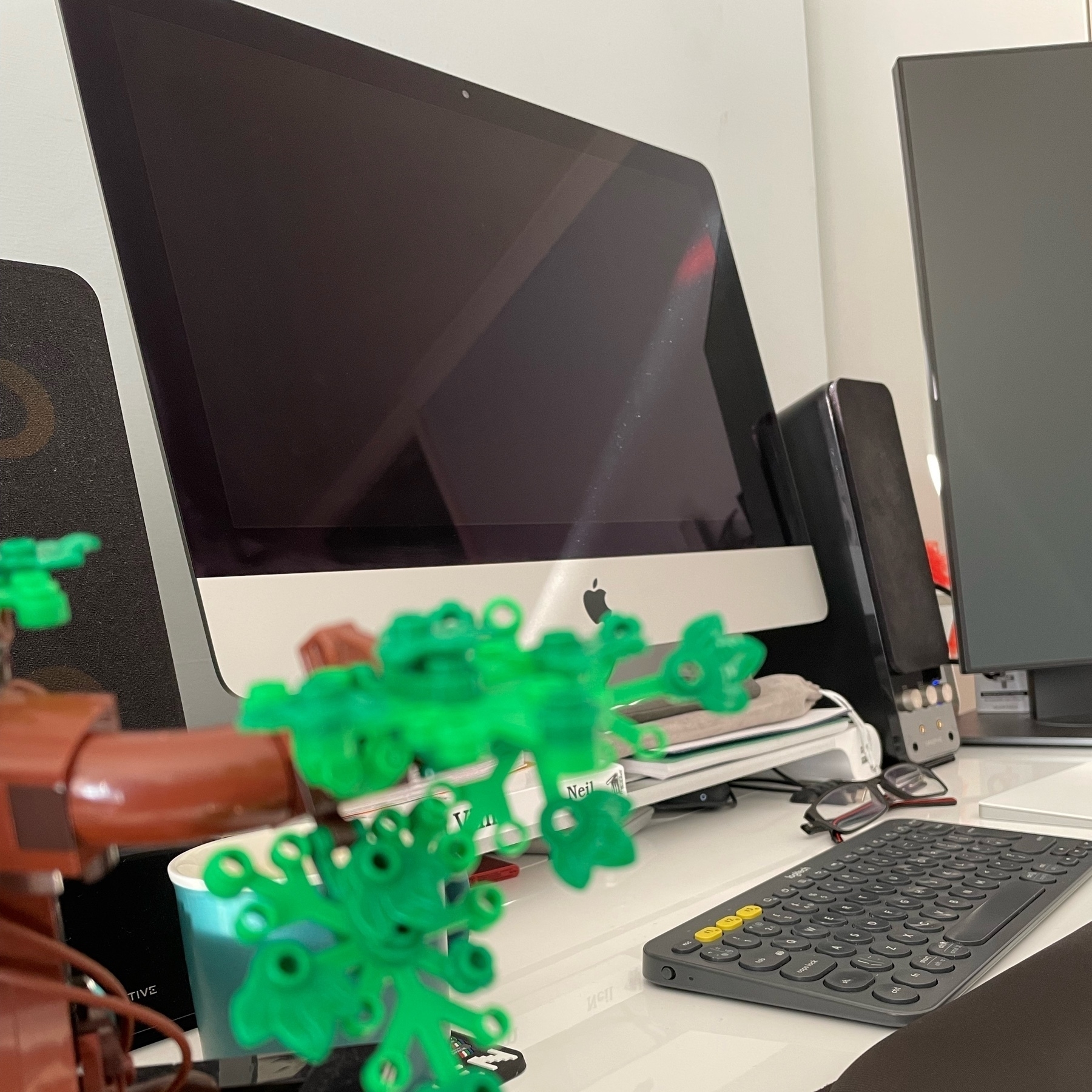 Back to work today. I stumbled about in Emacs for 15 minutes or so until my memory of the necessary keyboard shortcuts resurfaced.

Christmas Lego bonsai tree completed and ready to join me when I get back to work tomorrow. 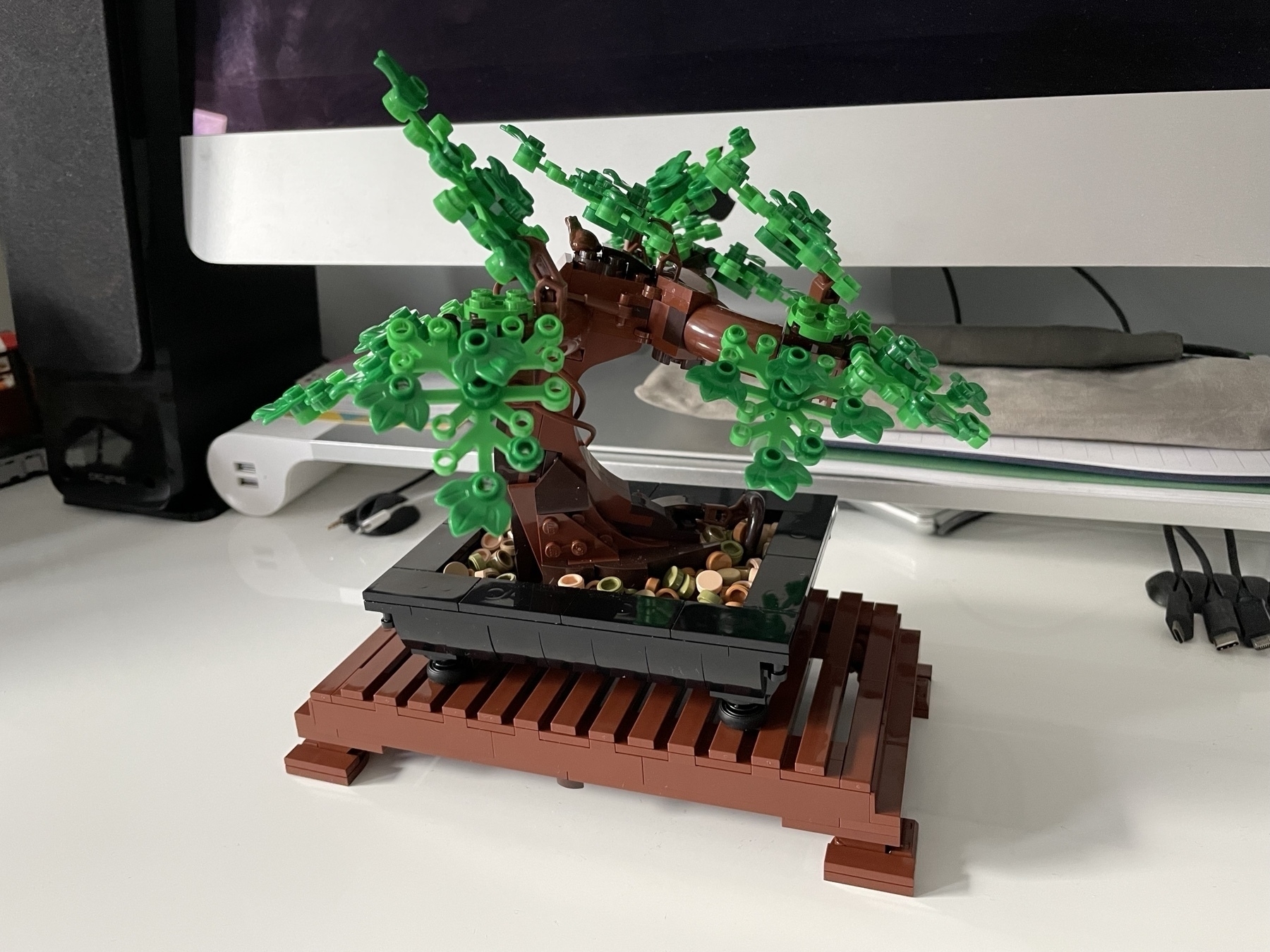 Some Christmas edible crafts. The houses quickly collapsed during decorating but were delicious. 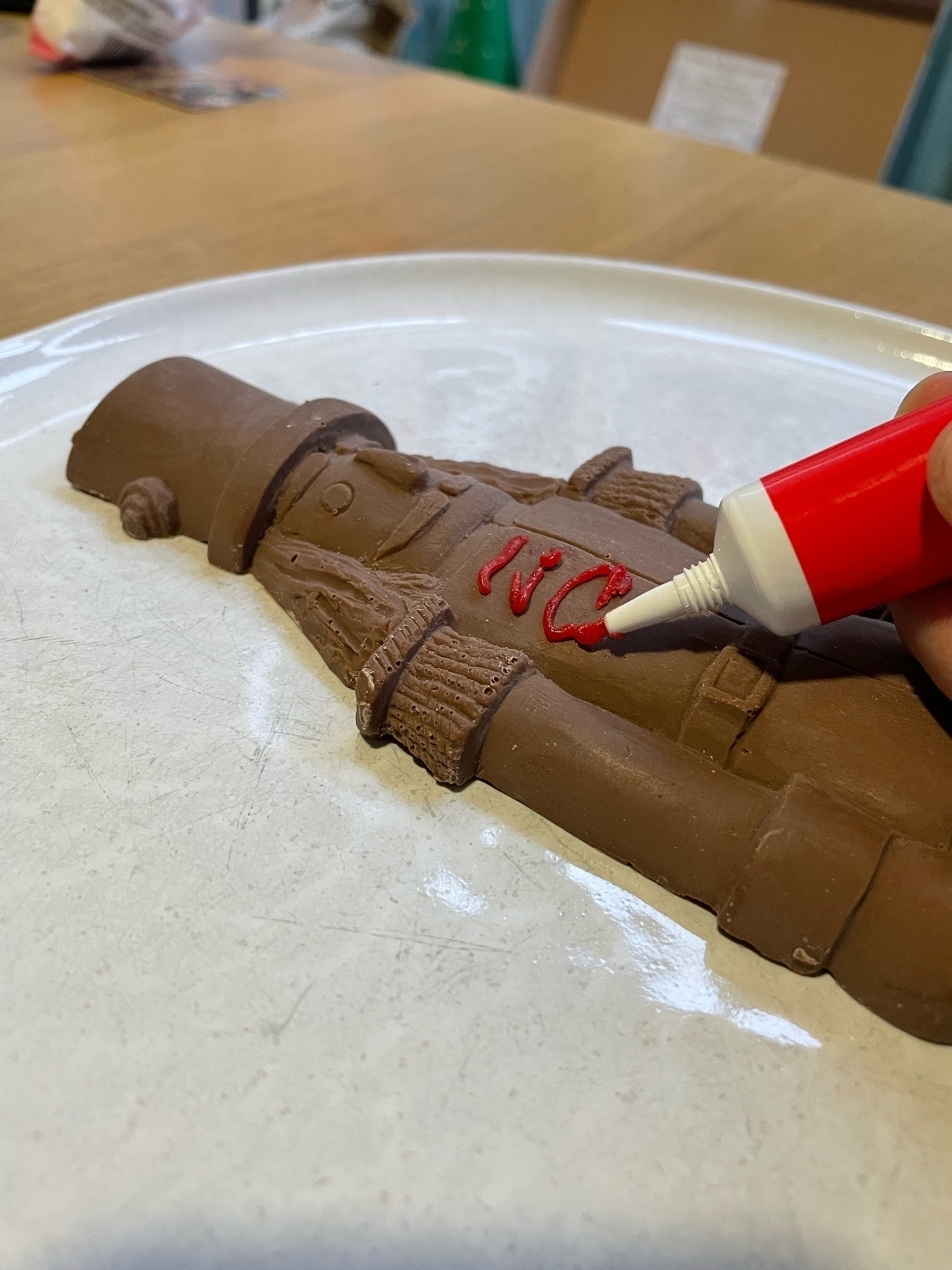 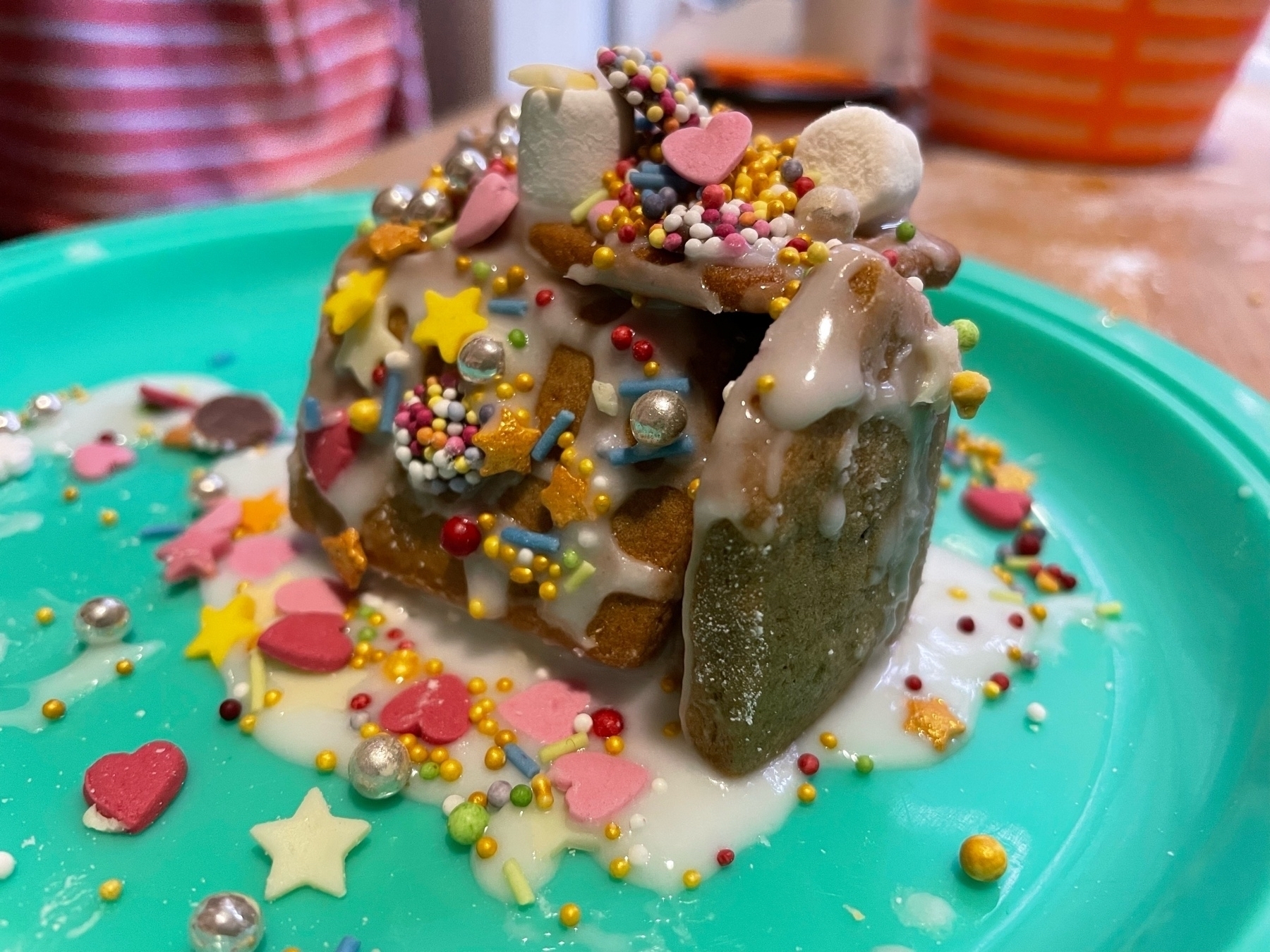 Today I’ve finally got around to asking Google how to stop macOS reordering desktops in Mission Control. Turns out the solution is as simple as a checkbox in system preferences.